My old friend Walter Blackstock sent me this extract from the Journal Nature yesterday. Note the date!

From a letter to Nature, Vol 8, 1873"I am well aware that in one way or other a smattering of at least one science, sometimes a confused jumble of several, is very commonly carried away from school. The science-classes there, though they may be wholly optional, are often also popular with the scholars. Interesting experiments, pretty specimens and amusing diagrams are exhibited, and some amount of information is communicated, even if no special interest should be awakened in the subject, and no clear mental gain should be the result. But this is far from the sort of position which, as it seems to me, science ought to hold in higher education." 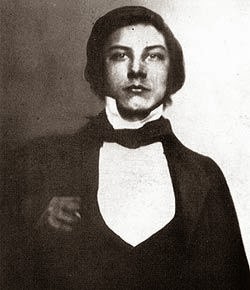 So in short, we are back to where we started! It made me think of the Perkin story. Most of you will never have heard of William Henry Perkin, admittedly he had died 7 years before the outbreak of World War I. But at the age of 18 he was on his way to being possibly the most famous (certainly the most publicly acclaimed) Scientist of his time. Having gained entry into what is now Imperial College at the age of 15 (the picture on the left was taken by him at the age of 14: some similarities to the current Y10 group are apparent!). From there he learned Chemistry under the tuition of the eminent chemist Hoffman, who incidentally introduced the use of molecular models into organic chemistry teaching. Without which of course we would have no Watson and Crick (or even Linus Pauling). So what did he do? He discovered the dye, mauveine that gives us the colour mauve. This was a massive commercial success and led Perkin to temporarily abandon his studies and set about building equipment capable of industrial scale dye production. 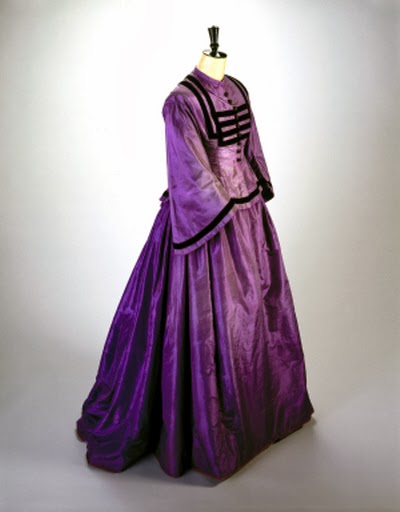 The first dresses were a major success and soon, mauve was all the rage, being adopted by Queen Victoria and the Empress of France. Perkin and his brothers developed cost effective, large scale processes, filed patents and combined the science and business with considerable success. I think Perkin, who would later became an FRS a knight and general all round successful member of the establishment, has a number of admirable and impressive qualities and some of them certainly resonate with the UTC ethos. Anyone interested in his story can borrow the recent book on Perkin from me! After all, a young scientist with a passion for dye chemistry what's not to admire! Finally, does anyone get the significance of the Blog title? Maybe we have forgotten what our priorities should be in education, and we have to look back a little to make sure we fix the problem. Then think about what we are trying to achieve at the UTC in terms of your "fitness" for what comes next. I believe your Innovation Lab experiences will give you the edge over any conventional education and maybe we will see a few WH Perkins coming back to the UTC in the future!
Posted by dvdhrnby at 17:23