Progress in Science depends on "the Literature",which comprises peer reviewed reports that describe a set of experiments or theories and reach a conclusion in the context of all related preceding work. Papers (as they are generally called) are published in Learn-ed Journals (such as the Philosophical Transactions of the Royal Society, the Journal of Molecular Biology, Cell, Nature, Science etc); I shall confine myself here to Scientific Journals. Since all scientists must trust the work of others, there are some important criteria that you must apply when incorporating historical data or ideas into your own work. Some of these criteria are easy to determine, others depend on the integrity of the scientist who publishes and those who support its publication through the peer review process. The format of a Paper is essentially the same in all mainstream Journals and comprises the following sections: Title (Which should be self explanatory, and will be more or less technical depending on the "appeal/reach" of the Journal (more later).

The role of citric acid in the intermediate metabolism in animal tissues.
List of authors and affiliation(s) (often the order signifies proportion of contribution, but in some fields may be alphabetical). An example would be:

The Department of Pharmacology, University of Sheffield


Introduction (This provides the background and context to the work and often summarises the approach taken and the main focus of the work). Materials and Methods and Supplementary Information (This is the section that provides the reader with all information required to repeat the experiments. It will include the methods used to isolate cells, purify proteins, measure enzymes etc. It often describes the model of instrument used and the suppliers of materials). Results (This describes the data obtained at each stage of the work which generally includes Tables, diagrams, photographs and graphs etc.). Discussion (In this section the authors contextualise their results and interpret them, usually attempting to confirm their initial hypothesis or establishing new one(s)). Conclusion (This section summarises in a succinct and concise way the key findings and will often comment on its "fit" with the work of others, or not as the case may be!) Acknowledgements (Here the authors thank collaborators for supplying ideas, thoughts, materials and the funding bodies for studentships, fellowships and general financial support. If the work is sponsored by a commercial organisation, or alternatively if the authors receive support from a profit making concern, such interests are declared here). Bibliography or References (The Papers that underpin the work above are cited in full in order that interested readers may "follow up" on any aspect they find important. References cited are generally to Papers, but may also include books, web sites and patents

Impact factors "All papers are equal, but some are more equal than others", to steal a phrase from George Orwell. Impact is used to "quantify" the "reach" of a piece of research, either in academic terms (Journals report their impact factors annually), or in economic terms and sometimes in respect of changing opinion or improving the quality of a Nation's health (see the wiki link, section entitled controversy and criticism) . The top journals in respect of academic impact are often Nature, Cell and Science, reporting impact factors (IFs) of 42, 33 and 31 respectively. These numbers compare with more specialised journals such Journal of Biological Chemistry (4.6), Biochemistry (3.2), Journal of the American Chemical Society (11.4), Genetics (4.9), Journal of Bacteriology (3.3). The calculation of the IF is based on annual data for citation of the papers published in the Journal over the course of a complete year (not just how many times the paper is read, but how many times it is referred to in another paper). These numbers don't scale well, but suffice to say 4-8 is mainstream, 8-20 is outstanding and above this to 40, is stellar! The position of an author's name may reflect their contribution: a lab supervisor (or PI, or Principal Investigator) often places his/her name last, while the individual (or several of them) who have made the greatest intellectual contribution and have carried out the majority of the experiments, appear first (if there are equivalent contributions, the names appear alphabetically). In assessing the CV of a candidate for a Science position, the position in the list of authors can make a major difference (one way or other!).

Nature recently published an overview of some the most highly cited papers in the last century. See here.

Getting a paper published. In fundamental research (Universities and Research Institutes) it is your publication record (quality and number, or volume) that largely determines your reputation, your status in an organisation and the likelihood that you will receive the funds required from outside agencies (in the UK, Research Councils, Charities and Industry) to pursue your interests. Therefore the expression "Publish or Perish", first coined in academia in the USA, in the early 1930s, is behind the drive to publish: no papers, no funding, no career! The mechanisms for publication are simple enough. Each Journal provides a set of "Instructions to Authors", the lead author prepares the data in the appropriate format, writes the sections and then submits the "Manuscript" to peer review. The manuscript is distributed to several "experts" who provide an anonymous critique, often being asked to comment on the quality of the work, the significance in that field together with the impact it is likely to have. These comments are collated (scores are often given) and the Editor of the Journal makes a decision to either Accept, Reject or Revise. The author is given feedback and has the right to appeal, with differing levels of likelihood of a change of decision being related to the IF of the journal. The whole process takes a few weeks to several months depending on the Journal. There are criticisms of this system and some journals insist on transparency in reviewing, although it is a system that has lasted a long time. I suspect peer review may well be challenged in the near future owing to the sheer volume of papers being submitted and the use of multiple channels for the communication of results of research over the internet.

How to read a Paper. The literature is diverse: this is particularly true if you read a section from a paper published in the 1960s, with a comparable paper from this year. 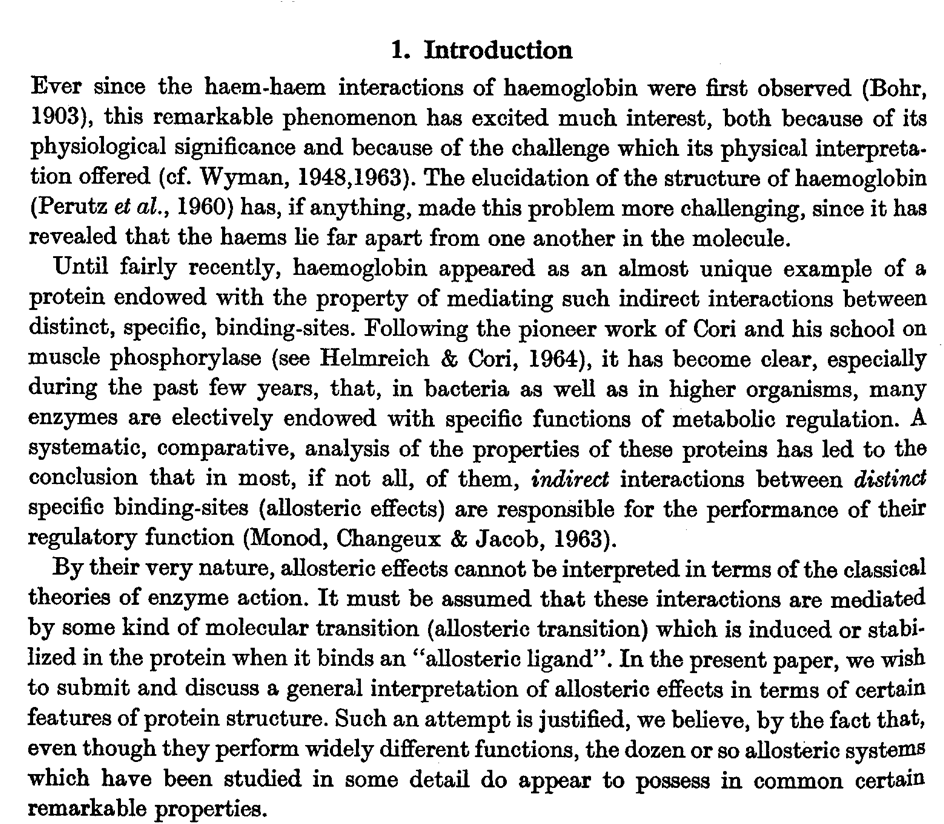 Replication of eukaryotic genomes follows a strict temporal program with each chromosome containing segments of characteristic early and late replication. This program is mediated by the locations and activation timing of replication origins along each chromosome (Rhind and Gilbert, 2013). Expressed genes tend to reside in early-replicating region of the genome (Rhind and Gilbert, 2013). Compared to early phases of replication, late phases of replication are faster, less structured (Koren and McCarroll, 2014), and more mutation-prone; late-replicating loci have elevated mutation rates in the human germline (Stamatoyannopoulos et al., 2009), in somatic cells (Koren et al., 2012), and in cancer cells (Lawrence et al., 2013). Structural mutations and chromosome fragility are also more common in late-replicating genomic regions (Koren et al., 2012 and Letessier et al., 2011). At the other extreme, chromosome fragility (and consequent mutations) are also increased at specific “early replicating fragile sites” (ERFSs), a subset of early replication origins at which interference between replication and transcription leads to double strand breaks (Barlow et al., 2013, Pedersen and De, 2013 and Drier et al., 2013). These aspects of genome replication are conserved all the way to prokaryotes, in which genes close to the replication origin have increased expression relative to genes close to the terminus (Slager et al., 2014 and Rocha, 2008), essential genes tend to be co-oriented with the direction of replication fork progression (Rocha, 2008), and the rate of mutation gradually increases with distance from the origin (Sharp et al., 1989), although close proximity to the origin can lead to structural alterations under conditions of replication stress (Slager et al., 2014).
A genome’s elaborate program of DNA replication is therefore strongly connected to genome function and evolution and could, in principle, be an object of variation and selection itself. However, it is not known whether DNA replication timing varies among members of the same species, nor whether such variation is under genetic control. Previous studies have concluded that replication timing is globally similar among individuals of the same species (Ryba et al., 2010, Ryba et al., 2012, Hiratani et al., 2008, Pope et al., 2011 and Mukhopadhyay et al., 2014). We hypothesized that this global similarity could still in principle coexist with interindividual variation at many individual loci and that such variation might be used to find genetic influences on replication timing."

The introduction sets the scene in both, but the economy of language is more apparent in the second example. However, the first paper is a "classic", in which Monod, Wyman and Changeux tried to rationalise cooperativity of enzymatic behaviour though a mathematical model. I think you'll agree both are well written with clarity and conciseness. The most important advice I can give when reading papers, is to be sceptical and question the data and the conclusions drawn: try and establish whether the paper achieves its objectives and persuades you of its conclusion. Look at the cited papers; and search the literature yourself, in case key papers (in your view) have been omitted. Reading a paper superficially may be appropriate if you are trying to establish its value for your own work: however, when you have established that it is useful, read it in detail, follow references, check methods and ideas that are unfamiliar to you in books and other papers. And don't forget, you can always email the authors, providing they are still active in the lab. The ability to make comments, check numbers of downloads etc is changing the face of scientific publication, but remember not everything you search for is on PubMed (especially old papers) and I like to combine specific searching with browsing the content of the General Journals like Cell, Nature and Science.